What if a child is truly a beginning reader still learning CVC words? Can the game of finding small words within big words or phrases still be used to improve the child’s understanding of words and spelling? Not exactly, but if you limit the letters strategically, a beginning reader can play.  Here is how. 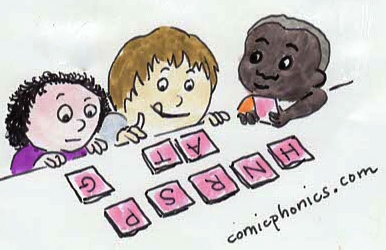 This entry was posted in CVC words, how to make learning fun, methods of teaching reading, reading readiness., vocabulary. Bookmark the permalink.