Kids need to know the facts

When I go to students’ homes to tutor them in reading and writing, I bring a pocket-sized  atlas.  That is because inevitably a geographical place is named in a reading passage, and when I ask the students if they know where “Scandinavia” or “New Zealand” is, they don’t know. 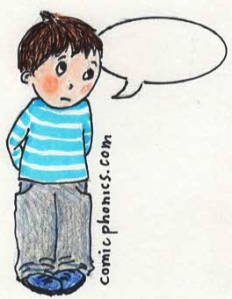 It’s not just knowledge of geography which students lack.   It’s when the American Revolution happened, or what news event happened in Egypt this past week or why it’s correct to say the sun is a relatively close star.

But this lack of knowledge has serious effects on their reading comprehension scores.  I was working on a reading passage with a middle schooler recently, and one of the questions was why Charles Darwin was mentioned but not identified in a passage about the Galapagos Islands.  The student shrugged.  “Who is Charles Darwin?” I asked.  The student shrugged again.  How could he answer the question if he didn’t know who Darwin is?

This problem becomes more acute when the student is from another country and from another first language (or if his parents are).  Years ago I taught two brothers, third and second graders, who were English language learners.  They were reading a passage about Halloween.  They had no idea what “Halloween” meant,  nor jack-o-lanterns nor trick-or-treating.  How could they answer the questions about Halloween in the reading passage?  I took them trick-or-treating on the next Halloween, but their parents were mystified why people would give their children candy.

Even if kids know the code of reading—the sounds of our language and how putting letters together forms words—they cannot score well on comprehension if they don’t know what the facts in the passage are, and what unstated facts are expected to be known as general background knowledge.

I was working with Georgia students using a passage from a New York State test.  The passage concerned winter, snow and sledding.  “I’ve never seen snow,” said my student.  I put the passage away.

If you have young children, read them not just fairy tales and nursery rhymes, but nonfiction—facts.  If you have middle schoolers or older, talk to them about current events, and if they don’t know where something is happening, point to the location on a map.  Use dinners or car rides to offer information.

Ignorance is no advantage in reading or in life.