Teaching “the,” part one

Once students have learned that “a” or “an” must precede a singular count word, and that no article precedes a singular noncount word, it is time to teach how to use the article “the” with proper nouns. 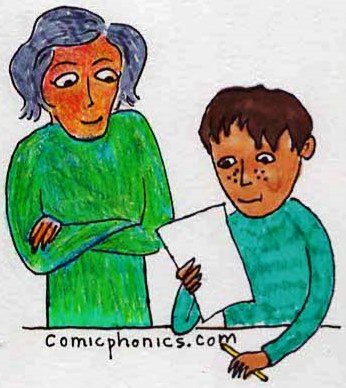 Explain to students that the article “the” is used in front of one-of-a-kind nouns.  So even though “a” would be used in front of “statue,” because the Statue of Liberty is the only one like it, we use “the,” not “a,” in front of that name.  Let the students mimic you saying “the White House” and “the Eiffel Tower.”

If we use a title without a name, we do use “the.”  So we say “The President boarded the helicopter.”  “The teacher called on me.”

Remembering these distinctions is hard and takes time.  Take the first five minutes of every lesson to review.  Each time you teach a new concept, add it to the “deck” of cards the student has already learned.  Don’t move on until the student can figure out when to use or not use an article, and which article to use.

Next:  Using “the” for a second reference

This entry was posted in articles. Bookmark the permalink.