Can flashcards be used with preschoolers? If so, how?

I have worked successfully using flash cards with three and four-year-olds.  The children were learning the alphabet.  I used a deck of cards with all 26 letters printed on them, plus pictures of words which begin with each letter.  Here’s how you might use the cards: 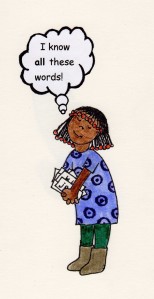