What is the right age for a child to learn to read?

The old rule of thumb was that when a child could put his hand over his head and touch the ear on the other side, the child was ready for school and reading—around six or seven. 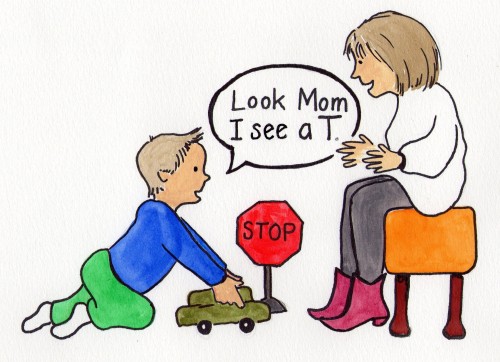 However, with the drop in U.S. literacy and the push for preschool for four-year-olds, many parents and teachers begin teaching the ABC’s to four-year-olds, and in some cases, to three-year-olds.

Some signs that your child might be ready to read include:

Research shows that acquiring language comes before reading.  Children acquire language from hearing their parents or caregivers talk to them.  When a parent responds to what a child says, even if it is babble, the child learns that sounds are important.  When a parent reads a book to a child and asks questions about the book or shows an emotional reaction to the story, children learn that reading is important.

Take your cue from your child.  But definitely by kindergarten the child should be acquiring prereading skills—recognizing letters in his name, learning the ABC’s, enjoying rhymes and beginning to connect letters with sounds.

This entry was posted in reading readiness.. Bookmark the permalink.